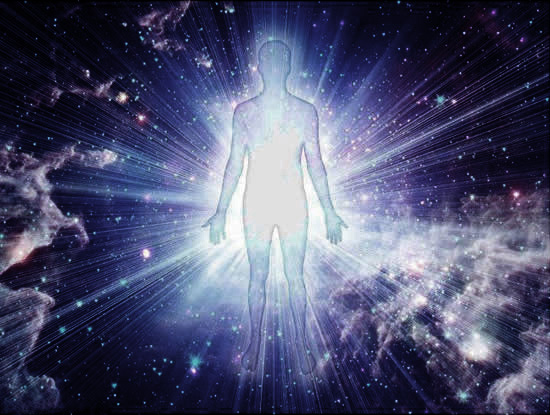 It is a time now more than ever before to expand your light. Your vessel (body) is filled with the brightest of light – Source. This is happening to the whole of humanity at this time.  This cannot be denied for all are feeling it in some way or another. Beyond any beliefs, religions or controls. The truth of light is revealing itself to us through the vibration within our vessel and the societal functions around us.

Within your vibration you may be feeling a sense of bewilderment at what is occurring on Earth at this time. Many systems are breaking down and shifting and there is great uprising. There is much work being done “behind the scenes” on earth and in the higher realms, to assist mankind in this monumental shift. All through divine vibrational mechanisms. Divine plan, divine order. Everything is shifting in line with the divine and ordered universal plan. You are in the midst of the “Great Peak” within human evolution.

Within the physical form (Vessel) there is a requirement to expand your light so that this vibration is not “coming back into you” but being expanded out from you, like a beacon that shines so bright. Vibrational expansion is key at this time so that you enable more “capacity” within your vessel to literally hold more light. There can be a hightened state of awareness or a surfacing/great cleansing/purity within the human systems (mental, emotional, physical, and indeed spiritual). The vessel is being “released” from that which no longer serves the vibrational uplifting which is occurring within every living form.

“When mankind becomes more consciously aware of the inter-action and assistance from Source, there will be a great connection and stabilistation within all human systems”.

This light is the most purest, divine, loving, powerful, transmutational light. It requires expansion in order to positively align. If you are experiencing feelings of density, depression, over-sensitivity, even down to wanting to no longer be here in the physical, this is a sure sign that your vessel is asking you to expand into the light. Externalising, expanding, awakening, aligning. The vibration requires you to feel the emptying within the vessel so that what takes the place of the old thoughts and density mechanisms, becomes the opening into the very presence of the omnipresent light. Making way by the removal of density and old functionality. Making way for the new, that is programmed within your very DNA. Those that are in slumber are becoming awakened. Renewed, refreshed, reprogrammed.

Humans have an innate ability to bring their vessel to the most lowest vibrational point. This is a pre-ordained programming within the separated consciousness. So much has been built up over time in the mappings of the mind/thought process where there is an element of “de-pression” that arises, due to societal internalisation. Vibration becomes limited as thoughts implode on the central nervous system thus effecting/affecting all systems within the human form. The vessel functions in a state of slumber, unconscious of the eternal living light. This is where the vibrational altering is coming into play. To expand the consciousness back into the awareness and functionality of the living light. All aspects of the living vessel will then once again begin to function in harmony with divine light. Ascension (rising up/lifting out) begins. The rising into the true consciousness of man.

Allow the residual of this shifting to take place, expanding your light into the infinite, seeing yourself dissolving into pure light, will assist this process tremendously. Do not hold yourslef so tightly within yourself. Expand and open to the All. For some there can be a little hesitancy as you literally want to hold onto what you  know for dear life. Take a breath, breath, and allow the expansion. Clearing the mind and just allow yourself to slip into the very essence and expanded light of Source. It is vast, so vast, it will engulf you with the most divine love that you will feel in every part of your being.

So if at this time you are feeling great density or feeling disparaged, consciously become aware of yourself as a beaming vessel of the purest, highest vibration. This only takes a few moments of your time and is very important for you. See this light emanating out to the whole of the Mother Earth and magnifying this vibration into the very heart of all that reside upon her. For the mind is being cleansed and the thought processes being released, and this can keep perpetuating until you surrender to the expanded lightbody. You are raising up and out of the density of the human vessel, as it so has been resided in through separated consciousness. You are now shifting into unified consciousness, with all of humanity and a great unification with Source.

The human vessel and all its functions occur due to the connection to light. Now is a time more so than ever before that we must become consciously aware of this so that we can begin to align more fluidly with Source. Restriction and density are old patternings. You do not have to believe in Source to feel the vibrational shifting that is occuring right now. Beliefs and programmings are instantaneously over-written with divine truth and wisdom from the eternal Father/Mother consciousness. The consciousness of pure Source felt as vibration. Waves of the eternal light.

When you become consciously aware that you are light above all else, a magical experience will follow, automatically, systematically and validation will ensue. This is not about religious beliefs or the harbouring of systems that you hold so closely to you. It is an opening an expanding to light. Without barriers, without beliefs, without structures and without rigidity. In the higher realms divine truth shines upon us through the purest of light. It is this very light that is within you and assisting you at this time to awaken to divine truth, through vibrational expansion and conscious awareness. It only requires an awareness, a simple acceptance above all that you may currently believe in. It is a time to open to divine truth.

Many structures are being broken down and built up again from new, like the essence of a child. Purity and innocence, with the knowledge that all will be well, above what may be occurring right now. For this is a shift, a great shift and the time is coming when all will settle into the new dawning.

One thought on “EXPAND INTO YOUR DIVINE LIGHT”