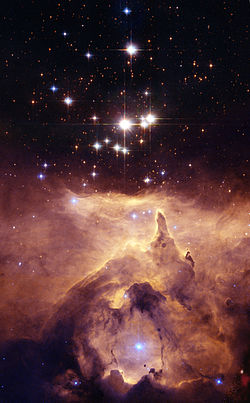 “And so as your vibration begins to rise your frequency/energy signature is rewritten and aligned to that of the higher chords of light harmonics. What occurs within the human body/vessel is you are not brought to a higher place or vibration at all but are brought into sync with your true blueprint vibration. Your light begins to come into line with the true divine harmonics that make up your soul vibration/source light vibration through the recalibrations of trust and surrender. Making way for the light to show you the truth of who you are.

It feels higher and is described as higher as it is a way of being that is different from the current density you feel within the human form. So grounded and trapped in a linear existence. Which, in itself, served and still serves to lift you into the higher lights through the realization and awakening into the knowing of a higher order. That there is something beyond the limitations some feel within their vessel/body. The restrictions become lifted through the illuminating light.

You ascend into the true vibration of who and what you are. As a divine light, that is loved and nurtured through the eternal rays of the One. Your electro-magnetic energy sparks and takes on a whole new radiance in line with the majestic Sun. Feeding your senses, awakening your vessel, every part of every part of you is awakened through magnetization and pulsations of Source essence. Pulling you up to the ascended state of bliss in line with the harmonics of the All.

So as you were living from the lower vibration feeding into the emotions, thoughts, mentalization, constantly feeding your senses, so that you become that which you feel, think, emote etc, now what occurs as your light is raised into the true divine harmonics of source being, you become one that is in alignment with your true core signature scale/sound/wave/harmonization and so you begin not to create your own existence through the linear, emotions, thoughts, but a divine reversal is at play where you become Source. Divine magnetism. You just are, in its simplicity. So that you no longer feed who you are through thoughts, feelings, emotions, but a kind of reversed osmosis if you like, begins to occur and transverse the way that you “are” through light illumination and harmonic tones and sounds through the language of the light.

Waves and pulses of Creator life-force eminate through the very core of your being. No longer oppressed and harnessed by the limited beliefs and mechanical constructs of the mind and linear thought process. You feel freedom itself through “another way of being”. You literally “light up” into the divine music of the Universe, that in its silence is the most magnificent sound you could ever hear.

Source feeds your vessel, thought, emotions, senses so that you begin to resonate to a higher chord. You are no longer limited and controlled through linear function and limitation of existence through just what you feel and think and emote.

Source light brings freedom from the old mechanical way of being, thinking, feeling into a whole new spectrum of light that reverses, brings clarity, stillness and becomes the truth of who you are. Our limited reality thus becomes limitless. Source vibration is freeing us from our own thoughts feeding senses, now it is becoming that Source brings us a whole new way of being. Our senses are brought to their true vibration light state. There is no more the struggle for light as we become and are light. Awakened and vibrating in our divine true form.

Our vessel comes into alignment with Source through the light codings, surrender and renewal process right into the core of our being, DNA/cells, the complete vessel is recalibrated. So that you no longer see source as something outside of you that makes you feel amazing, for it is something that is now your becoming through the light evolutionary process” .